Six Flags Is Opening A Theme Park In Saudi Arabia 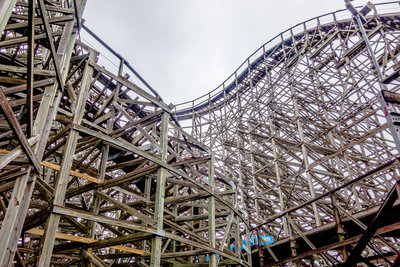 Six Flags is reportedly seeking to open a theme park in Saudi Arabia, which will have all of their ordinary attractions included: roller coasters, bumper cars, and more. Understandably, this is an interesting project, as it involves a cultural barrier that will need to be surmounted. There are currently ongoing meetings regarding the park and its presence within the country. It’s believed that the Six Flags development will be able to move Saudi Arabia towards more entertainment and culture focused initiatives.

Six Flags Around the World

Six Flags has often been known for its global expansion plans. There are currently Six Flags parks in nearly every continent, despite the fact that interest in theme parks tends to rise and dwindle depending on the economy. Six Flags has been able to achieve its global success through its strong branding and through its ability to create a unique and consistent atmosphere. In recent years, Six Flags and other related theme parks have been exploring the possibility of smaller boutique parks that hit upon specific branding, IPs, and themes. These smaller parks may be more resilient to economic fluctuations.

Though Saudi Arabia is not known for being a “fun loving country,” the country has been looking for new alternative revenue streams ever since energy prices plummeted. Saudi Arabia’s economy was once almost primarily based on oil, but in recent years it has started looking at petroleum and chemical alternatives to supplement its dwindling income. Saudi Arabia, much like Dubai, has been seeking to find ways to make itself more attractive to visitors. This new Six Flags park may be one of many initiatives designed to make Saudi Arabia more friendly to potential tourism, especially within their own region. Though American visitors may not be inclined to visit Saudi Arabia just for a Six Flags park, those in the countries nearby may be.

The details of this new theme park are not yet known, but it is known that the project will very likely continue. Not only will this be a great way to draw in new tourists, but it will also be an excellent opportunity for Saudi Arabia to grow its entertainment value within its own country. Though there are some issues that may come up (such as gender segregated public spaces), Six Flags undoubtedly has plans for dealing with these issues as they arise.

As with any new construction, the most important thing is going to be safety. The construction of theme parks is one of the most hazardous types of construction; it’s often completed with seasonal or contracted employees and it involves heights and falling dangers. One of the easiest ways to promote safety in such areas is through the use of passive fall systems, such as the commercial netting products provided by Pucuda Leading Edge.