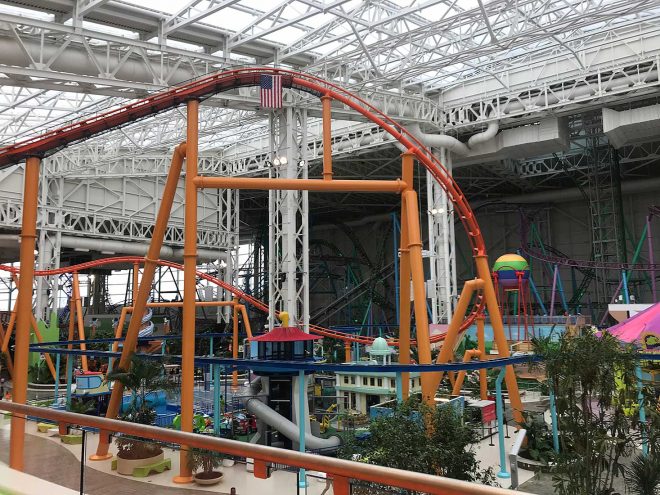 American Dream is situated in East Rutherford, New Jersey at the Meadowlands sports complex. The location had been proposed for re-development for decades. After several changes of ownership over many years, the Triple Five Group, who own two of North America’s largest malls (West Edmonton Mall and the Mall of America) took control of the project and successfully navigated the development process.

While it might technically be described as a mall, it’s really a Four Season, indoor amusement destination. Set on 16 acres, which at one time was a parking lot for Continental Airlines, it is in the same neighborhood as where The New York Giants and New York Jets play their football games. When completed, American Dream will cover 3 million square feet, consisting of 55 percent entertainment facilities and 45 percent retail venues. 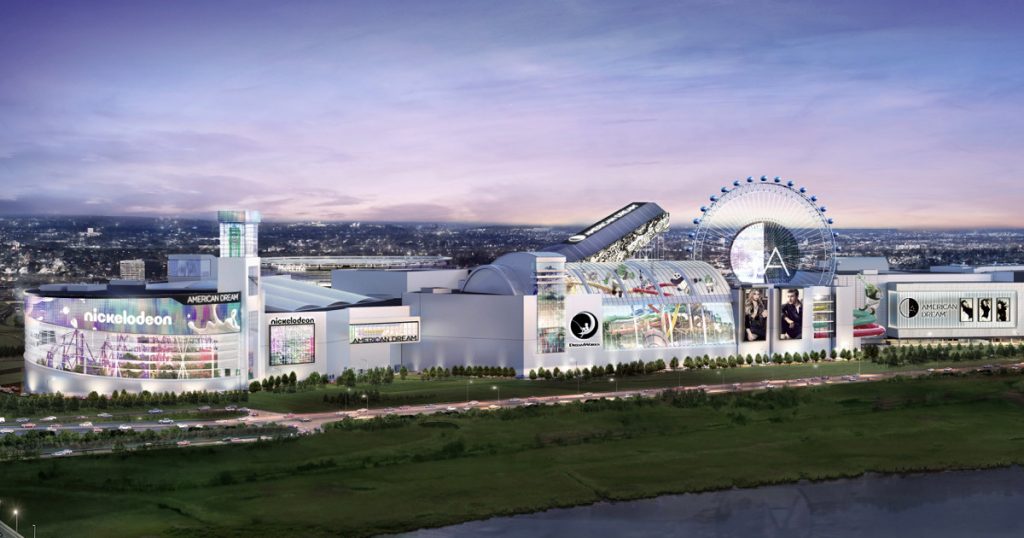 The complex will open in 4 phases. The first phase opened in October 2019, which consisted of an indoor amusement park called The Nickelodeon Universe. This features two roller coasters and a variety of other rides and an ice rink. Then in November, the Dreamworks Water Park opens, showcasing 40 water slides and Catch the PerfectSwell, featuring a 1.5 acre wave pool. 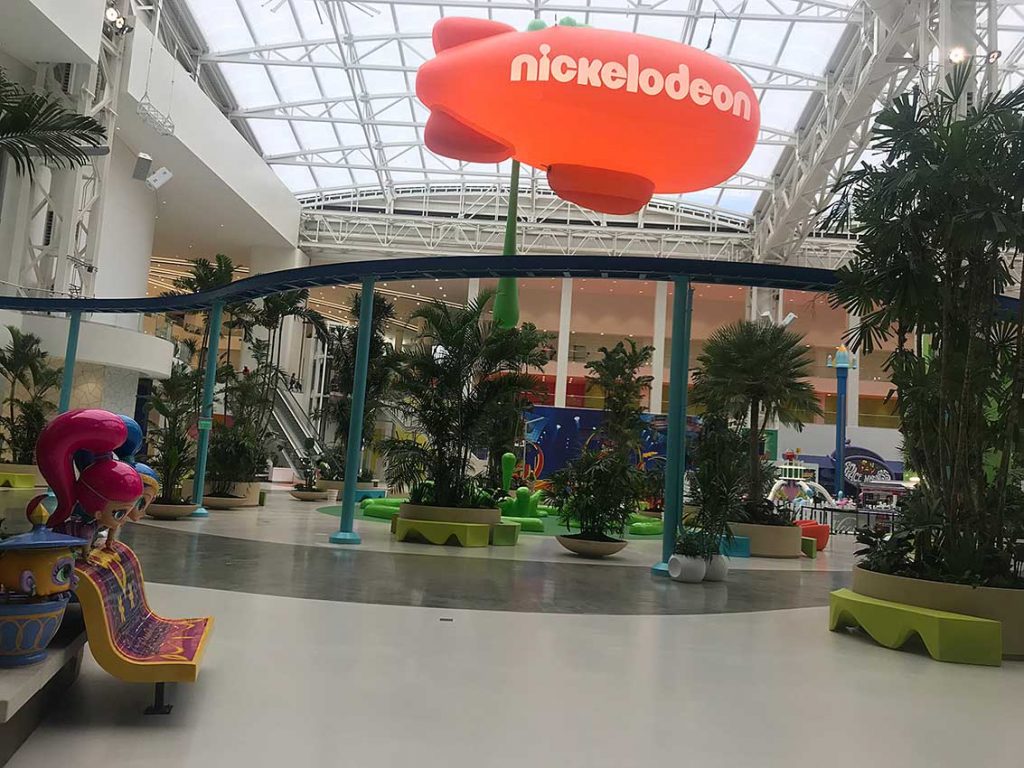 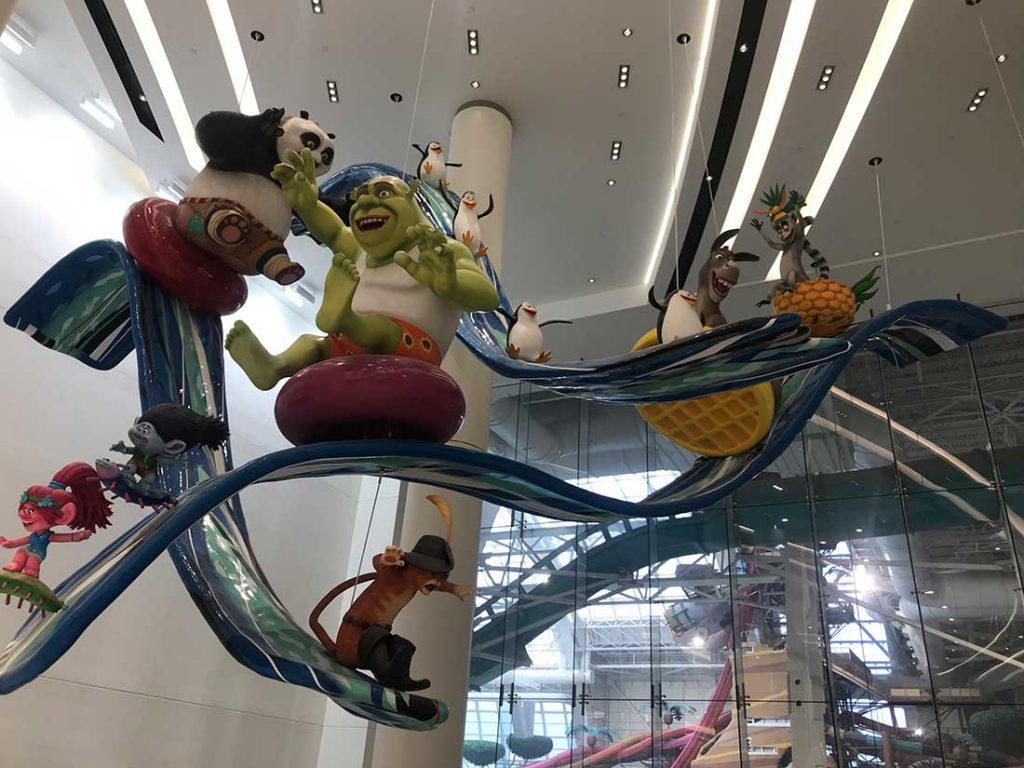 Next to debut will be Big Snow America, featuring an indoor ski slope. Then in March of 2020 the mall’s retail and dining destinations will open. There are supposed to be at least 350 retail stores and 100 dining options and 20 full service restaurants. In addition to that Sea Life Aquarium, Legoland Discovery Center and several movie theaters and the 300’ Observation Wheel will open at the same time. 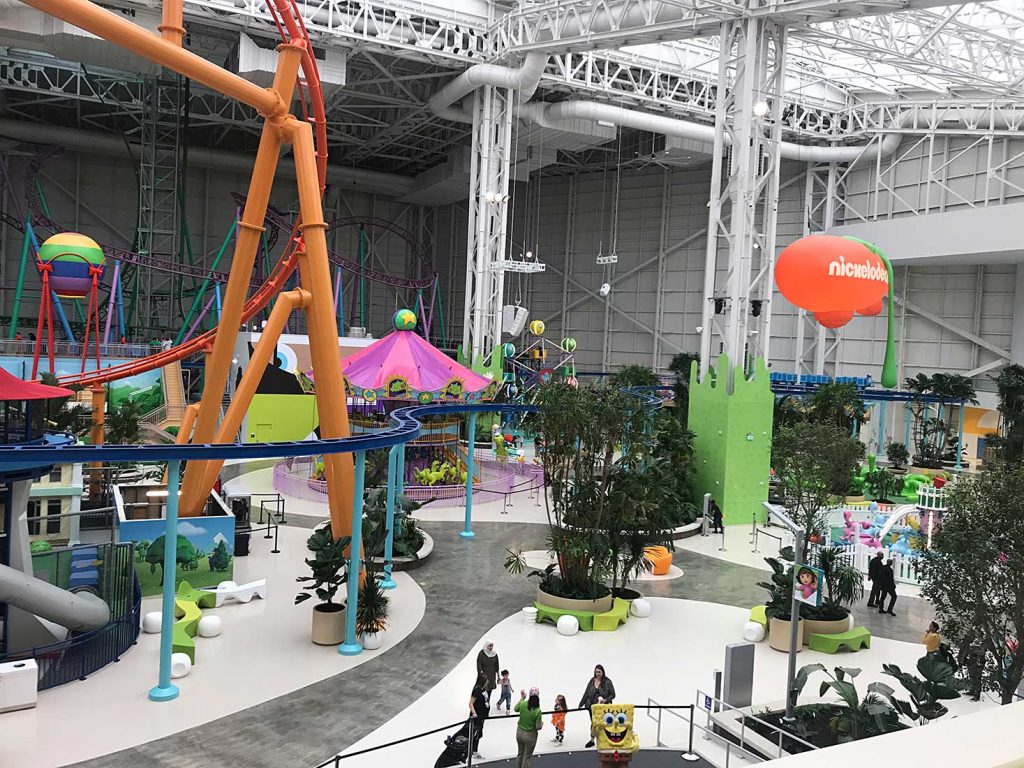 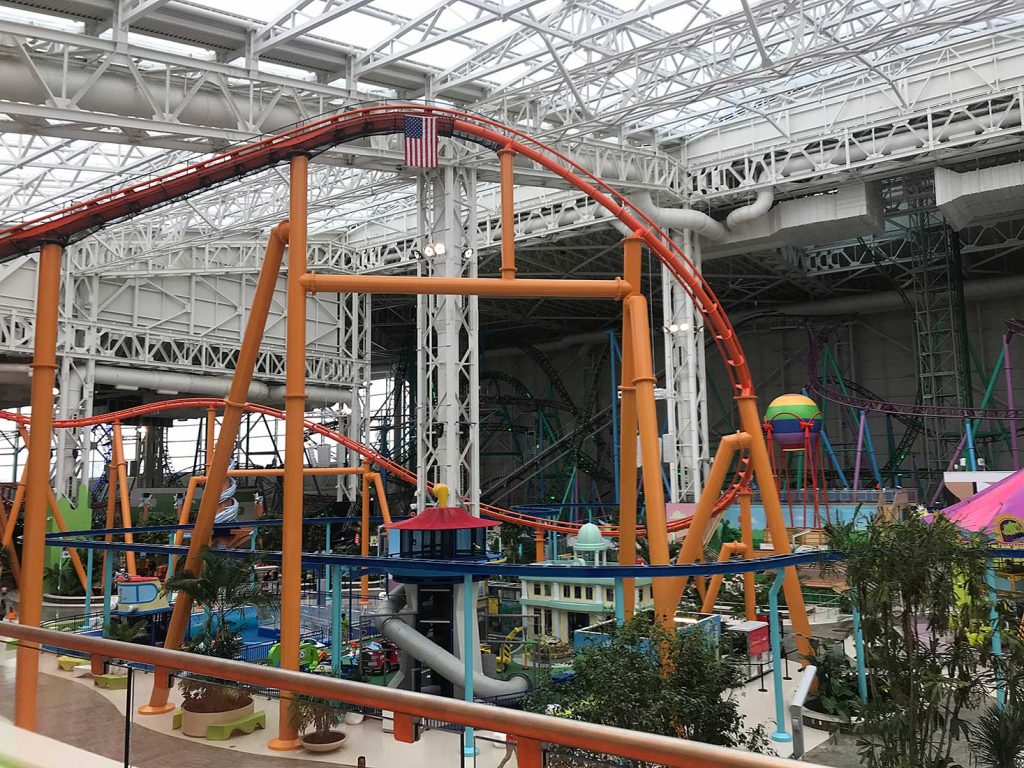 Pucuda-Leading Edge was called into action days before the scheduled opening of Nickelodeon Universe. There was a concern about the possibility of debris falling on the queue lines of visitors while they waited on lines. In the gigantic Nickelodeon Universe indoor amusement park, roller coasters literally zoom over the heads of bystanders waiting below. So we took the trip to New Jersey for a tour of the park and consulted with the onsite engineers about the locations where safety netting and debris netting systems needed to be installed. 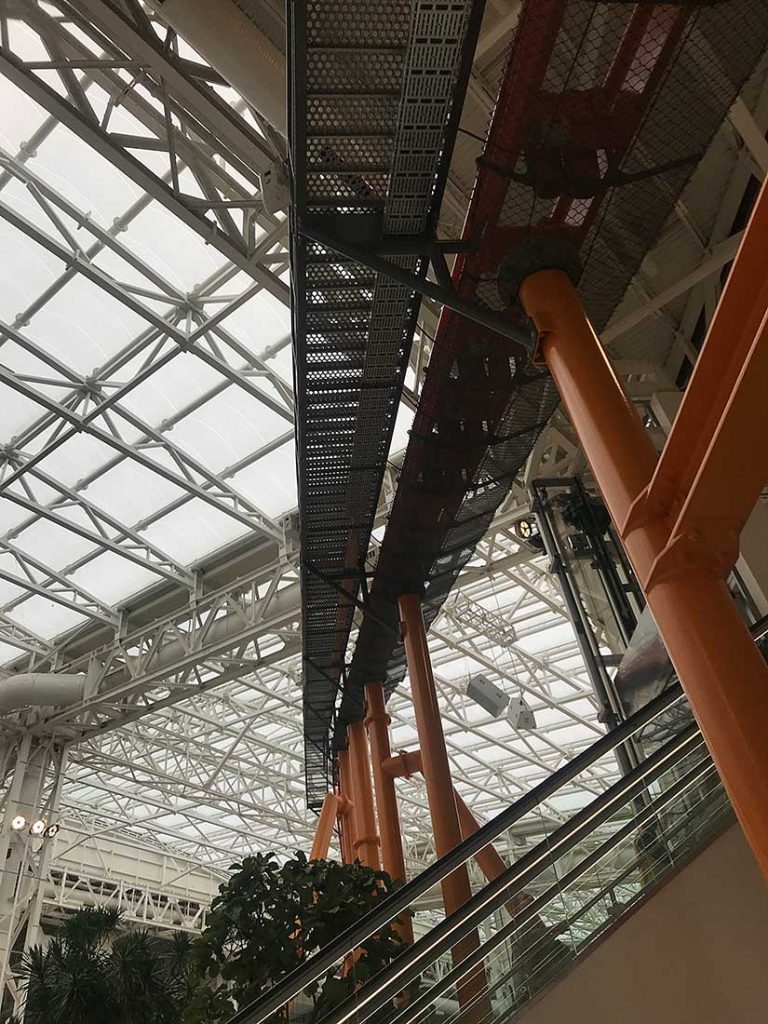 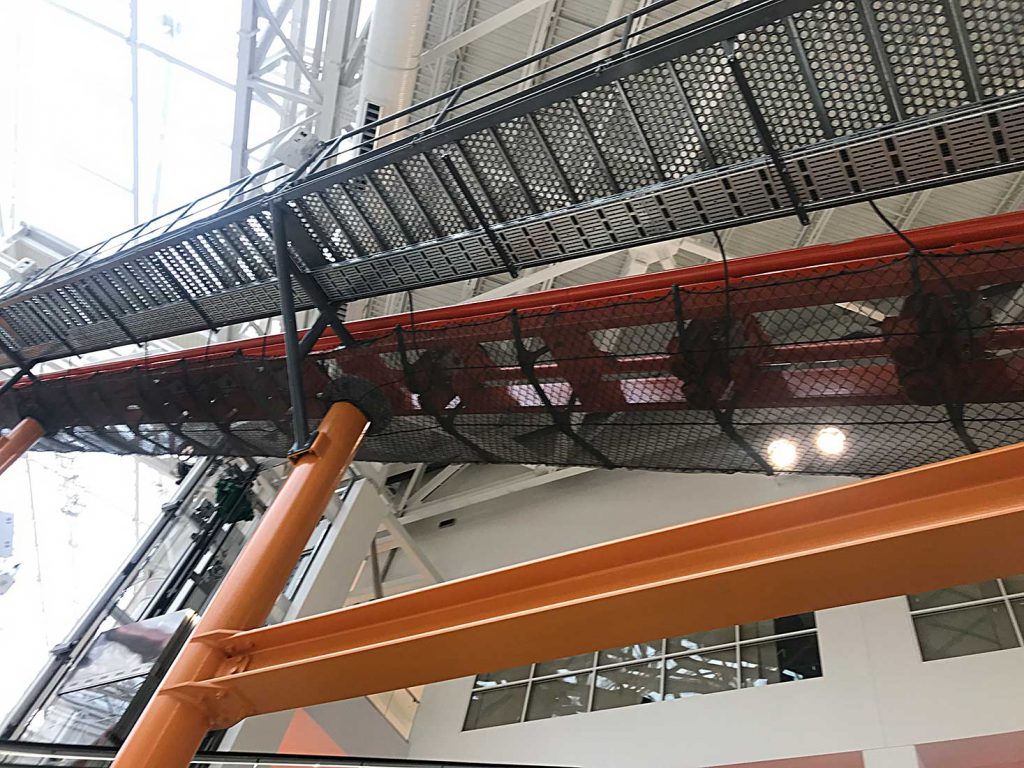 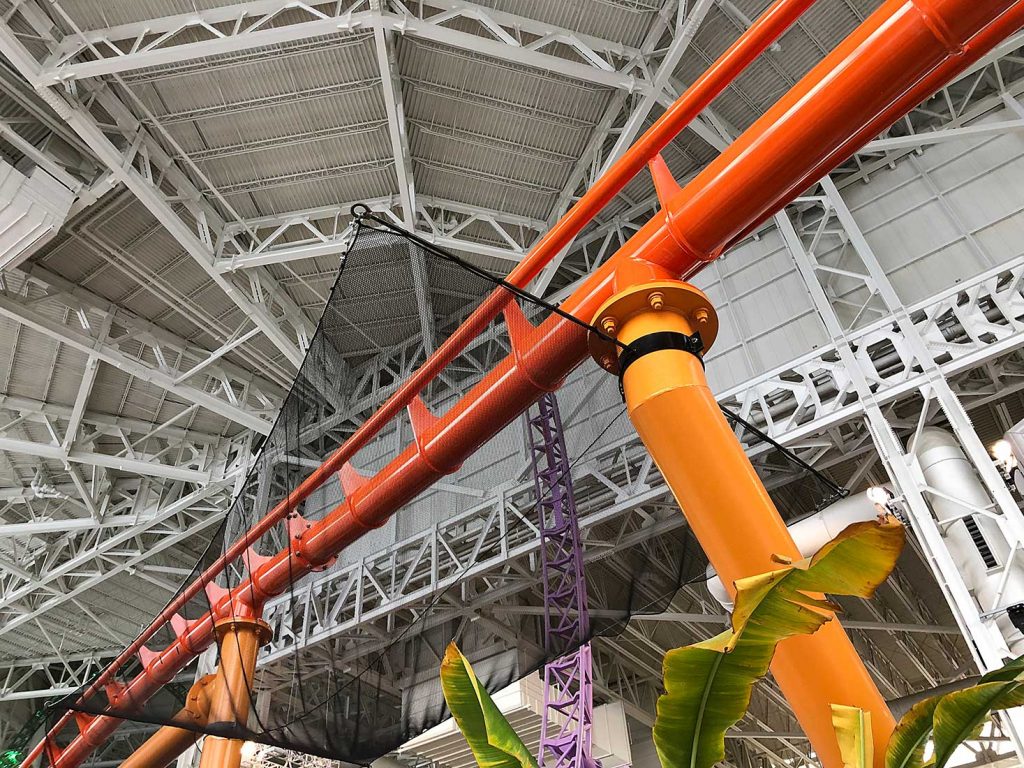 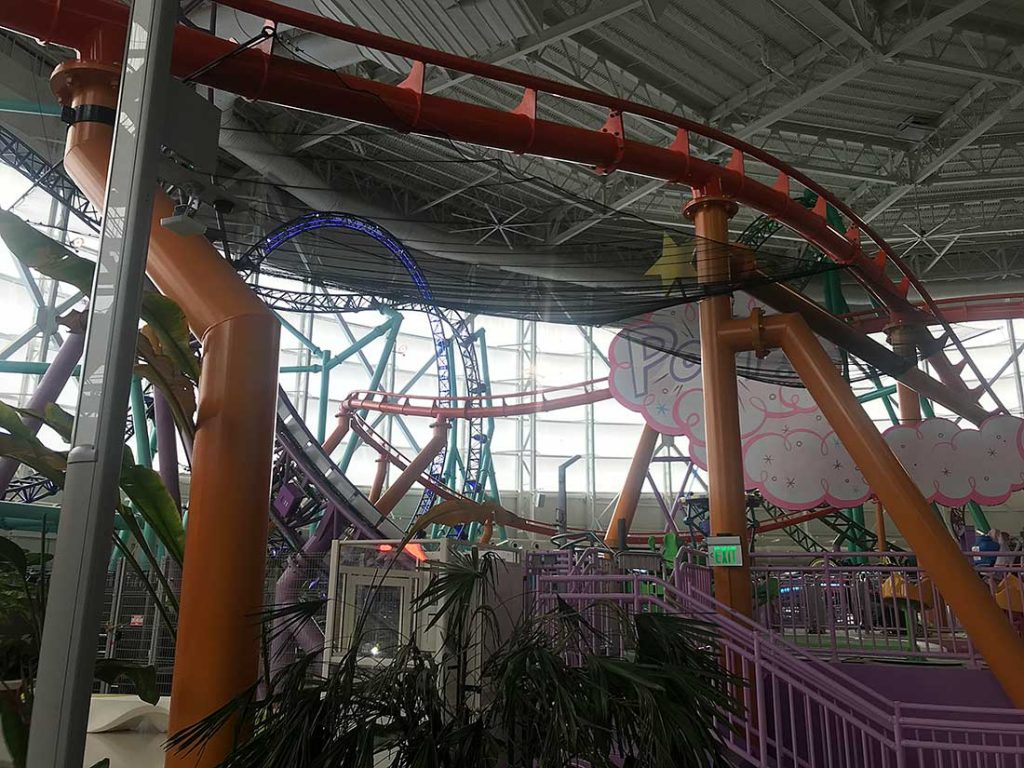 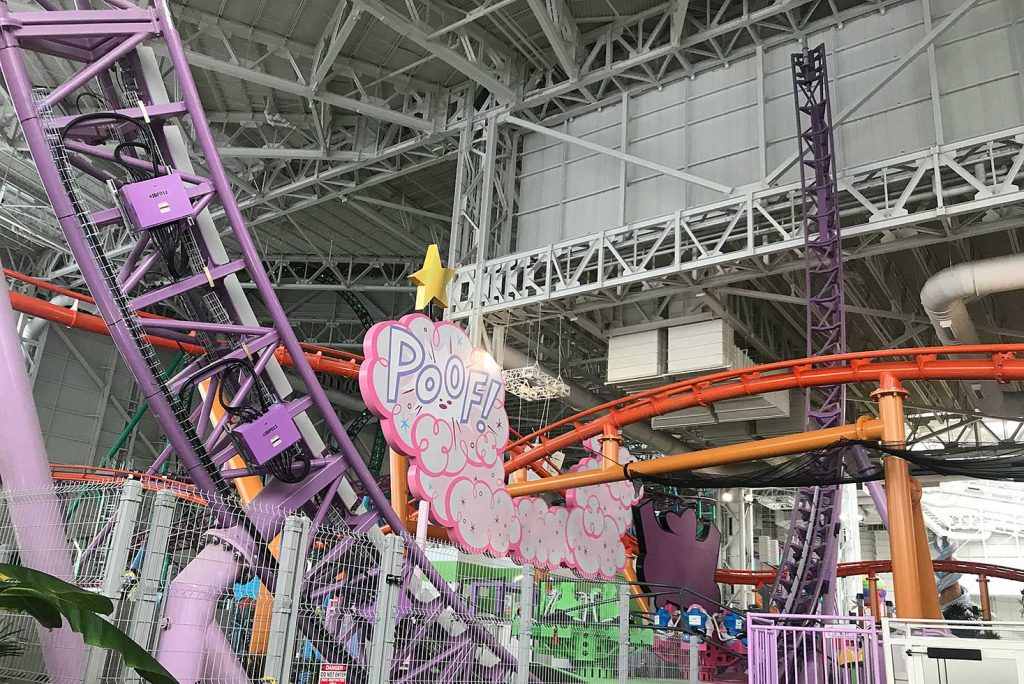 The installation of our ride safety netting systems at American Dream went smoothly and we did a final walk through of the Nickelodeon Universe. Some of the Pucuda staff are thinking of a special mid-winter trip to check out Catch the PerfectSwell at the massive wave pool at Dreamworks Water Park, because it’s cheaper than a trip to Hawaii.

Pucuda Leading Edge provides climbing netting, barrier netting and safety netting for amusement parks and waterparks all over the world.