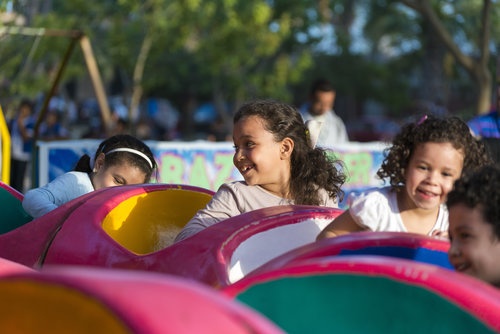 Though these countries have been traditionally resilient to distractions such as amusement parks, amusement parks are nevertheless beginning to appear throughout the Persian Gulf countries. There are two major driving forces here: the Westernization of many countries, which have made parks more socially acceptable, and the need to bolster tourism. Of particular note is a new $1 billion Spider-Man and Hulk themed park.

IMG Worlds of Adventure Comes to the Persian Gulf

The IMG Worlds of Adventure is designed by Ilyas and Mustafa Galadari, two brothers who have been enamored with theme parks since they were children. In addition to superheroes, the park will also have some pop culture staples: haunted hotels, dinosaurs, and other themes that you would expect to see in similar parks such as Disneyland. And, of course, there will be rides and attractions such as roller coasters built. But this isn’t the only theme park that is being designed in the area. In fact, many developers are now racing to build throughout the Persian Gulf states.

Dubai was the first country within the area to make tourism a priority, especially as they began to project their oil resources potentially dwindling. The country has a goal of bringing in 20 million tourists on an annual basis by the year 2020, and because of that they have created numerous attractions — including indoor skiing slopes and underwater hotels. It’s only natural that the Dubai area is also becoming very attractive to amusement park builders.

Interesting Challenges When Building throughout the Persian Gulf

The Persian Gulf is not without its own unique challenges. In particular, the heat of the Gulf makes it difficult to create the types of theme parks that an American visitor would traditionally imagine. The Gulf can be over 100 degrees Fahrenheit during the summer months, requiring large, sprawling indoor facilities. This increases the amount that a theme park costs to build in these areas, in addition to creating some maintenance and repair challenges. In the case of the new superhero-themed theme park, the buildings that are being designed will need to encompass nearly 1.5 million square feet.

In the construction industry, theme park building can be dangerous. But this is of a particular concern within the UAE, where worker safety and construction safety have tended to lag behind peers in other similarly developed countries. Because of this, more safety measures and safety equipment may be needed throughout large developments such as the IMG Worlds of Adventure project. Pucuda Leading Edge offers construction netting and supplies that can be used in any environment, and are comparatively extremely affordable to other forms of equipment. Contact Pucuda Leading Edge today to learn more about their amusement netting products.