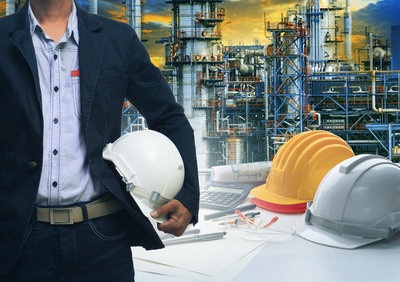 SmartSite is currently testing out new, technologically advanced sensors, as a way to improve upon the safety of workers at construction sites. Construction is a notoriously dangerous industry, and many construction companies have been working towards finding new ways to improve safety without putting the burden on employees. Passive safety measures such as sensors may be able to improve the overall safety of employees without requiring that they take additional measures to protect themselves.

There are many hazards on a construction site that aren’t visible or simply may go unnoticed because they aren’t obvious. The sensors used by SmartSite can be used to detect cancer causing agents and sound and vibrations that could be potentially damaging long-term. The sensors can also monitor the overall health of employees, thereby detecting if they could have heat exhaustion or other symptoms. By adding these monitoring systems in addition to rigorous safety protocols, employers are able to achieve even better safety standards. They will also be able to quickly determine if there may be increased hazards on work sites consistently.

One of the major challenges for supervisors on construction sites is monitoring continuously for hazards. Because employees may not notice or resolve issues properly, work sites have to be regularly inspected. Sensors allow many hazards to be checked on through a single consolidated dashboard. Though this cannot replace regular inspections, it can ensure that issues are caught prior to becoming more significant. This saved on much of the monitoring and management activities of the construction overseers. When paired with additional technologies such as drones, many of the traditional responsibilities of overseers can be streamlined, freeing supervisors up for other tasks.

The sensors installed by SmartSite will also make it easier to control environmental hazards over larger work sites, by both improving upon reporting and making it easier for work sites to be appropriately supervised. Sensors will be able to be used throughout sites as they expand for better controls without increasing risk factors. Because these sensors don’t require any additional training, they also don’t introduce any time-consuming initiatives for new employees, and they don’t require employee re-training when introduced to new work sites.

New safety equipment is always an investment of both time and money. But sensors such as the ones being placed by SmartSite will eventually pay for themselves by reducing employee incidents and streamlining the process of work site management. Employee accidents and injuries can be extraordinarily expensive for a business, in addition to reducing overall morale.

Construction sensors are one of the best ways of maintaining worker safety not only because they can sense unseen dangers but also because they are passive. Passive equipment is often safer because they don’t rely upon workers to self report or to maintain and monitor their environment. Pucuda Leading Edge specializes in passive safety systems for construction companies, including netting designed to protect from both employee falls and debris.