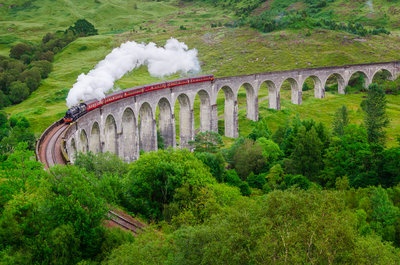 Theme parks are now moving towards “world building”: immense, sprawling landscapes that have been experienced throughout movie, television, video games, and other franchise media. With experiences such as Harry Potter, Star Wars, Avatar, and Frozen, this has led to the construction of extensive paradises, designed to be safe, family-friendly, and fun. This new trend will be an interesting boon to both the theme park and franchise industry, necessitating larger constructions and an emphasis on creativity and architecture over thrilling rides and attractions.

Harry Potter World: The Park That Started It All

Hollywood has had theme parks for their franchises for quite a long time. In fact, the theme parks throughout California had featured television shows and movies with immense sets that were designed for full immersion, such as the areas for Indiana Jones or Honey I Shrunk the Kids. But now the shift has gone towards entire themed parks rather than themed areas; instead of descending into the grass blades of a small Honey I Shrunk the Kids play area, entire families are being exposed to the fantastical world of Harry Potter.

The Harry Potter development was one of the first of its kind that promised a full immersive experience, and its success has driven many other theme parks to follow suit. Theme parks have always had slightly erratic attendance, with attendance trending downwards whenever the economy was in a slump. By connecting theme parks to franchises that convey a certain level of nostalgia, companies may be able to mitigate these trends.

The construction of these types of movie and television theme parks are not trivial. Immersion is the most important concept, which requires that everything look just right. For movies and television shows, many of the “worlds” involved are constructed out of CGI. They may not be feasible, especially with the implied building materials; areas that look organic may not be able to be organic. This gives construction companies many unique challenges, as they need to build worlds that are extremely convincing without any safety issues or code violations.

For franchises that adults and children are particularly fond of, the construction has to be completed to be very authentic. And some theme parks have been experimenting with the addition of things such as the HTC Vive, which allows individuals to explore a theme park on multiple levels.

These new theme park developments will undoubtedly push many construction companies and architecture firms to their creative and practical limits. For these new franchise parks, construction companies will need to develop entirely new worlds. With immersion being as important a concept as it is, new technologies will need to be developed and construction companies may even find themselves having to integrate cutting-edge systems such as virtual reality into their fixed developments. Throughout this process, the need for visitor safety is paramount. Pucuda Leading Edge offers custom amusement netting products that are designed for amusement park settings, with more information readily available through their expert sales representatives.