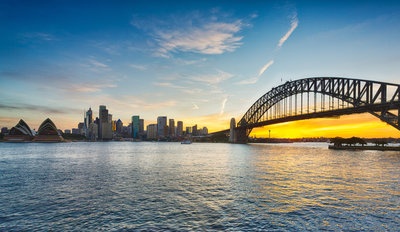 Ground has recently been broken on the world’s longest precast concrete cable-stayed bridge, which will be replacing the U.S. 181 Harbor Bridge in Corpus Christi. The ambitious project is likely to be completed in 2021 and will cost nearly $1 billion in total, providing for clearance across the ship channel and the Port of Corpus Christi. A highly trafficked area, the project is critical to provide passage to over six lines of traffic, including a pedestrian walkway.

Flatiron/Dragados has been given both the design and construction contract for this bridge, which will reach 538 feet tall and will have a span of over 1,600 feet. The development itself is particularly important because the ship channel will need to be open throughout the construction of the project, as the project itself will take five years to complete and cannot obstruct the usefulness of the channel. Practical applications such as these often need to be kept in mind with public works projects, making them more complex and a bit lengthier in development. The construction project will also be reconstructing approximately 2.6 miles of streets on the approach and exit, and the old bridge will remain in place until the new bridge has been completed. Once the new bridge is completed, the old bridge will be demolished. The old bridge has been placed since 1959 and is already entering into the last stage of its usable life. As bridges age, they become potentially dangerous, and thus need to be replaced before issues may arise.

A Win for Eagle Ford Companies

The new Harbor Bridge is expected to boost the oil and natural gas exports throughout the shale region of Eagle Ford, thus having a very positive impact on the local economy. Corpus Christi is one of the major areas that has had a positive impact through shale gas development, and this new development will make it easier for businesses throughout the area to perform. Once the Harbor Bridge is completed, larger vessels will be able to enter into the port’s harbor, thus making it far easier to ship large volumes of product. This includes oil and gas products, which are being produced in record-breaking amounts. Eagle Ford Shale will likely see substantial growth as tankers will be far more accessible than ever before. In addition to the shale regions, businesses will be able to increase their own shipping and transportation, potentially drawing in new investors and entrepreneurs into the area.

It’s believed that this new bridge project will be an incredible boon to the local area, in particular the oil and gas industry. But it’s also an extraordinary architectural feat and one of the largest public works projects in the area. The Department of Transportation in Texas has been working closely to make sure that the Harbor Bridge development will not obstruct traffic and that it will have the capacity to serve the area for many years in the future.

This project is of particular interest because it has to be completed alongside the old bridge while still maintaining a safe route for the ships that pass under. Pucuda Leading Edge provides industrial netting products specifically designed to protect from debris and other falling damage. Contact Pucuda Leading Edge today to learn more about their safety and construction products.