Construction underway for the Rams’ future home in Inglewood 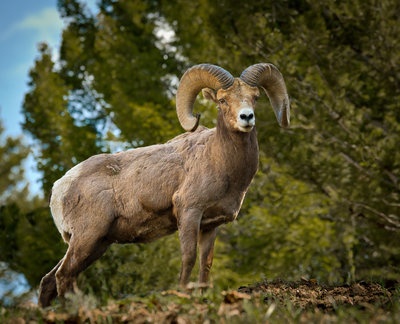 An immense stadium is currently being constructed in Inglewood, which will eventually house the Rams’. The stadium has already been in construction for over a year, but much of the construction is still yet to be completed. Within the next two or three months, more thorough and complex construction is slated to begin. It’s believed that the stadium will be entirely completed in 2019, which means that the project is likely a little more than a quarter completed.

A Large Pile of Dirt

The Rams’ stadium is not currently an impressive site. Instead, it’s a large pile of dirt covering the space of the three million square foot project. But this dirt is more important than it might seem. Because stadiums are so heavy, the ground has to be appropriately prepared and the foundation has to be safely laid. Otherwise the stadium itself will warp and bend over time, potentially breaking apart and creating a safety hazard.

Not Just a Stadium

A stadium always attracts other businesses. In the case of the Rams’ stadium, the stadium project area will be comprised not only of the stadium itself but a large amount of retail and housing spaces. Because of this, the development is also more complex. There should be over 3,000 housing units once the development has been completed, and the retail spaces are likely to be occupied by dozens of businesses. The entirety of the space will include three hundred acres. Though the stadium will be completed by 2019, it’s possible that further development will continue later in the surrounding areas.

The Most Expensive Development

The new stadium is expected to be the most expensive stadium in NFL history. When completed, the project will have completed a total of $2.66 billion. But this project will also be able to establish value in the surrounding area and will be an economic boon to the nearby communities. Stadiums tend to bring in an extraordinary amount of business, not only during the sports seasons but also through community events. By creating a commercial area, the development will also be able to grow economically. Through the development of housing communities, they also ensure that there is a nearby consumer demographic.

Stadiums take quite a lot of work, from an infrastructure standpoint. In addition to the foundations that have to be poured, developed, and graded, the actual structure is large and complex. Through the duration of the development of the stadium, safety equipment and passive safety systems will need to be used. Pucuda Leading Edge has provided many commercial nets and passive safety systems for similar projects, including other stadiums. Contact Pucuda Leading Edge today if you want to inquire about their commercial net products.