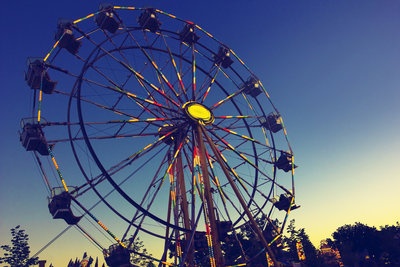 The largest indoor theme park in America will soon be opening in Meadowlands. With a size of 3 million square feet, the American Dream will contain a variety of attractions by Nickelodeon in addition to retail spaces. Spongebob Squarepants, Blaze and the Monster Machines, Teenage Mutant Ninja Turtles will share spaces with Lord & Taylor and Saks Fifth Avenue, creating an all-in-one venue for those of all ages and all interests.

American Dream will be developed in Rutherford, N.J., and will include a total of five divisions. Each division will have its own separate theme, such as Legoland, DreamWorks, and Nickelodeon. Just like any other theme park, it will include some immense constructions such as a 300-foot observation wheel. Each of these areas will be targeted towards a specific audience; Legoland will be targeted to children of ages 3 to 5. When completed, American Dream Meadowland will be an ideal family activity. Pricing will also be very flexible, with the ability to purchase season or annual passes or purchase rides one at a time.

Far from “just” an indoor theme park, the Meadowland complex will also house 400 retail stores and 15 restaurants. A few of the retail stores will include MAC, Microsoft, GAP, and Zara, including a Cinemax movie theater. Many theme parks today have begun blending retail spaces with their attractions, both to boost attendance and make the theme park as a whole more visitor-friendly. By adding retail spaces to theme parks, developers can add broad spectrum appeal. Meanwhile, retailers can also benefit from the increased traffic in and around the theme park.

The new Meadowlands installation is expected to cost over $4 billion in financing, $2.7 billion of which is currently trying to be secured by developer Triple Five. Including an indoor ski slope, aquarium, Legoland discovery center, and Ferris wheel, the entire project will be quite extensive. The project has been in works since 2002, but has experienced some delays regarding financing and practical initiatives. As the economy continues to recover, large attractions become more feasible for investors. In the past, multiple developers and the state of New Jersey have invested money into the project, which will hopefully yield results when it is completed in 2017.

Apart from having an incredibly diverse set of attractions and entertainment venues, Meadowland will be unique for having an entirely indoor installation. Even the ski slopes will be constructed indoors. This can create more challenges when it comes to safety, as the actual building of the structure will become more complex. Companies such as Pucuda Leading Edge offer products that are specifically designed not only to protect employees during construction but also to protect attraction visitors during operation. Contact Pucuda Leading Edge today to learn more about their industrial netting and amusement park netting products.