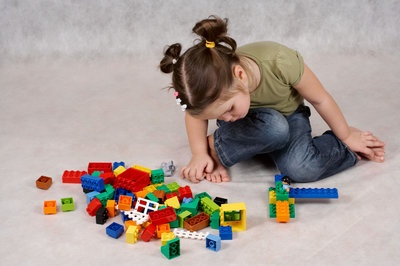 A new amusement park will be coming soon to upstate New York, to the excitement of many families and hobbyists. Legoland is reportedly being developed across a 500 acre plot of land in New York. It will be the third such park within the United States, with the other two Legoland parks being located in California and Florida. This new family-friendly attraction will have many of the traditional theme park amenities (such as dining and rides) all with a Lego theme.

Legoland Being Courted in New York

Legoland has been courted by New York with approximately $4 million in grants. New York is not the only area that has been considered for development. New Jersey has also been considered for the development. New York and New Jersey are both interested in the construction for more than just entertainment purposes. The construction of such extensive projects can create hundreds of jobs on a temporary basis and many jobs on a permanent basis as well. Visitors brought in by the attraction will also spend money on local businesses, improving upon tourism and entertainment spending in general.

Few Details Yet Confirmed About the New Park and Attractions

It’s estimated that the new Legoland park will bring in anywhere from 10,000 to 20,000 visitors on a daily basis, creating a half thousand full-time jobs. The Legoland attraction park will be connected to a Lego-themed hotel with 250 rooms and the park itself should include around 50 rides and other entertainment attractions. Legoland California and Legoland Florida both bring somewhere between 1.5 million and 2.5 million visitors a year to their parks; the new Legoland property is expected to perform similarly. Once the park is approved it can begin breaking ground. In addition to the two parks within the United States, there are additional parks in Germany, Malaysia, Denmark, and other countries.

The New Legoland Park Is Slated for 2019

The Legoland park is estimated to be completed by 2019 and will be ready for booking. As an attraction that includes a hotel, it can be an all-inclusive family-friendly retreat. The Legoland park will be targeted towards families that have children aged from 2 to 12, but like many Lego products it may also be of interest to hobbyists.

The New York Legoland park is still in the initial planning stages. There will still need to be some zoning modifications before the park is developed and most of the details have yet to be confirmed. Theme park development often takes quite a while, as security needs to be in mind. Not only do parks need to protect their developers and employees, but they also need to protect their guests. Pucuda Leading Edge provides a wide inventory of netting products that are designed to protect customers in areas that may be high risk such as theme park attractions.