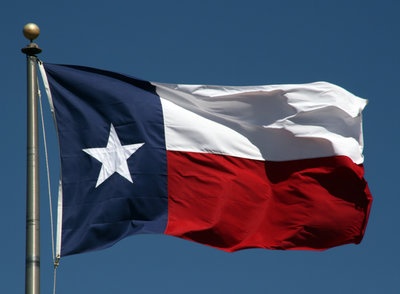 Grand Texas will soon be seeing the 632-acre amusement park that has been delayed for the past year. Originally intended to be completed in 2015, the amusement park will include an RV park with 144 lots, kart-racing track, and water park. It w ill be located at the intersection of Highway 59 and 442 in New Caney and will hopefully be ready for action by Spring of 2017. Until then, local residents have been watching the clearing and construction occurring over the past few years.

In addition to the racetrack and water park, the new Grand Texas Theme Park will include a total of five roller coasters, dozens of rides, and live entertainment. 150 acres will be devoted to the theme park itself, and there will be a 40 acre section for the waterpark. A sportsplex will cover 83 acres for community events and visiting teams, and there will also be a total of four hotels located throughout the complex.

Finally, 450,000 square feet of this complex will be devoted to dining areas, retail, and a factory outlet mall. Apart from the amusement park itself, this represents a significant expansion of the downtown area and will make the entirety of Grand Texas an incredible sight for visitors and residents alike. But the project will take time and is intended to be completed in stages, spanning from 2017 through 2020.

It’s projected that there will be 1.2 million visitors to the park within the first year of operation, ideally boosting commerce and tourism within the area, and attracting additional investments. One of the major goals of the development is to have a permanent fixture close to Houston that can draw in the crowds of more temporary events, such as the American Cup COPA and the NCAA. The mayor took a personal interest in the development of this project, hoping that it would not only alter the atmosphere of the region but also bring in outside investors.

The entirety of the Grand Texas Amusement Park should be completed by 2020, though the developer is aiming for mid-2019. The Grand Texas project had been initially announced in 2013, but both setbacks and delays occurred throughout the rather complex development and staging process. Though there have been some delays, the project is now on track and the Grant Texas Theme Park represents an unprecedented entertainment venue that will be sure to recoup the company’s investment. The first part of the project to open will be the Grand Texas RV Resort, which is designed as a luxury resort for up to 144 RVs.

With roller coasters, live entertainment, rides, and sports complexes, one of the major concerns for the Grand Texas Theme Park will undoubtedly be safety. Pucuda Leading Edge offers a wide selection of safety netting, including those designed for construction, entertainment, and sports use. Contact Pucuda Leading Edge today to learn more about their industrial strength safety netting, specially designed for the amusement industry.