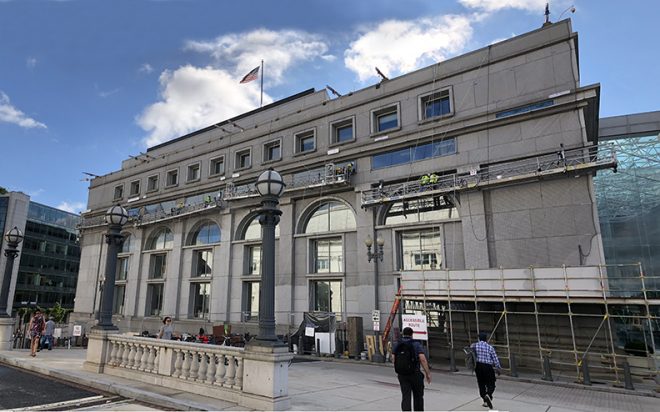 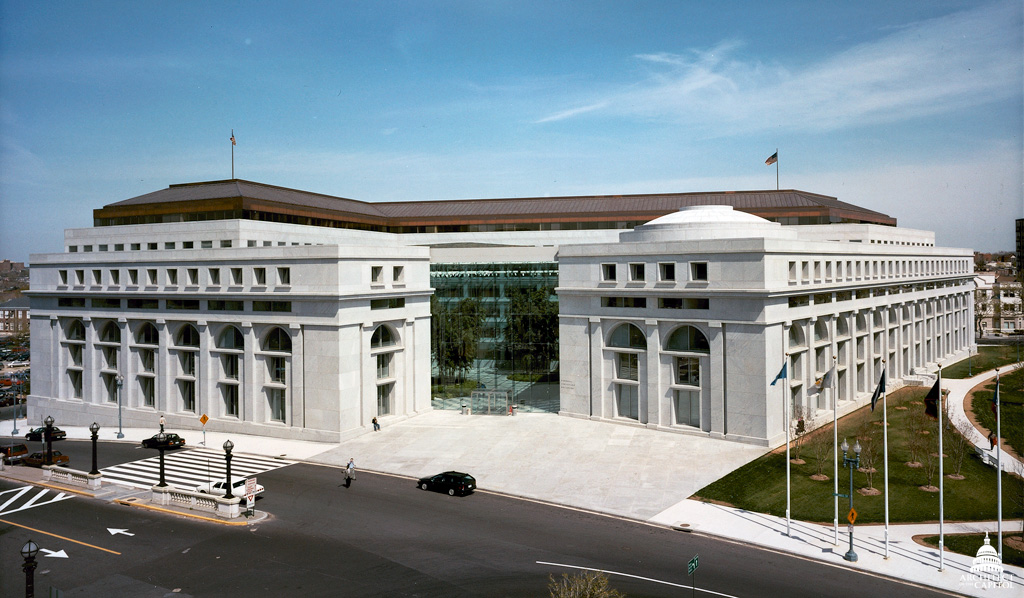 Thurgood Marshall Building, photo courtesy of The Architect of the Capitol

The Thurgood Marshall Federal Judiciary Building occupies a site on Columbus circle beside Union Station and The Securities and Exchange commission, in Washington D.C. Its surface is constructed from white granite which matches the nearby buildings. When it was designed, an important consideration was that its appearance should echo some of the design features of Union Station.

From its initial conception, the idea had been to raise private funds for the design and construction of a new public building which would house administrative offices of The United States Courts. After a multi-year review of proposals from 19 different architectural-developer design firms, the final design was approved in 1989. The financing plan for the project involved the developer Boston Properties, leasing the completed building back to the federal government for 30 years, after which the structures’ ownership would revert to the government. Construction commenced in April of 1990 and was completed in October of 1992. 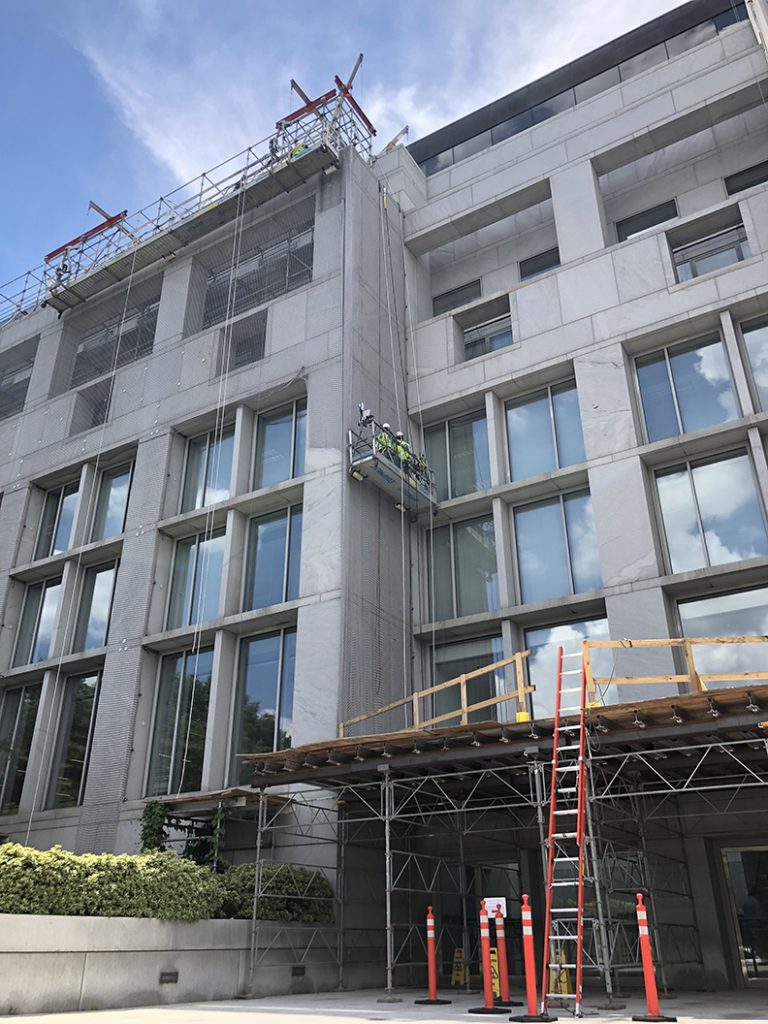 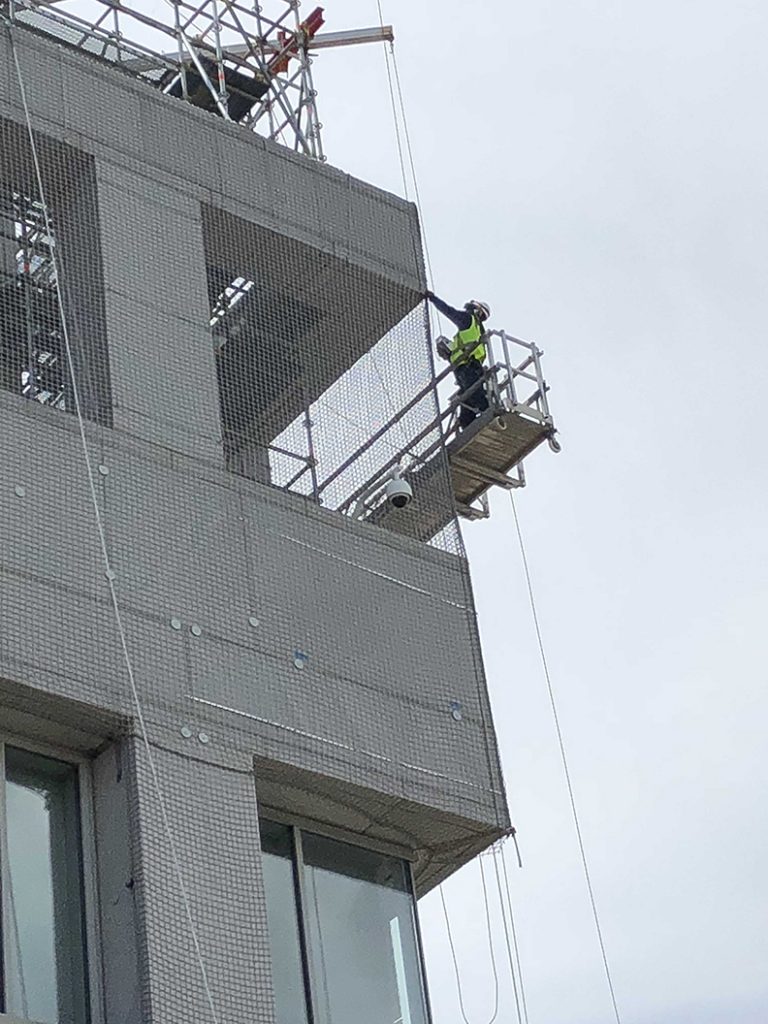 In the time between the courthouse’s completion and today, water slowly penetrated the granite masonry which is on the face of the building. This caused damage to the stone cladding and the underlying structure. The initial phase of an extensive restoration program involves installing a Façade Containment Netting System, which Pucuda-Leading Edge has designed. This Façade Netting is installed in selected locations on the building, to secure sections of the granite while repairs are carried out. These subsequent repairs will involve the removal and replacement of any damaged stone panels on the building’s façade. 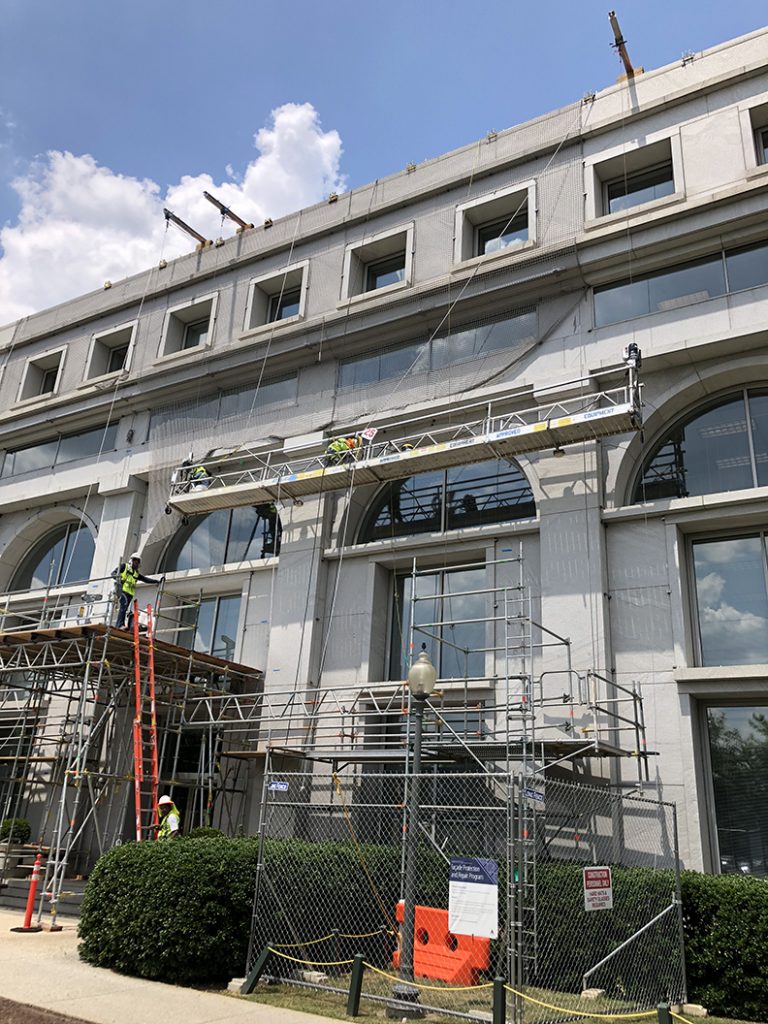 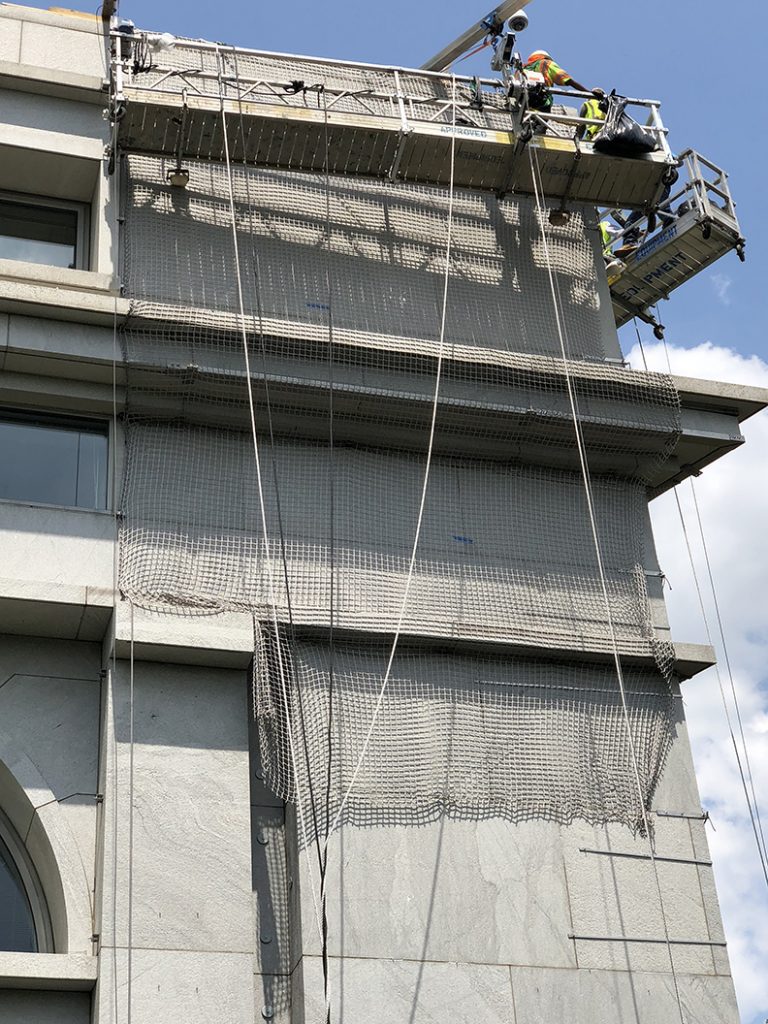 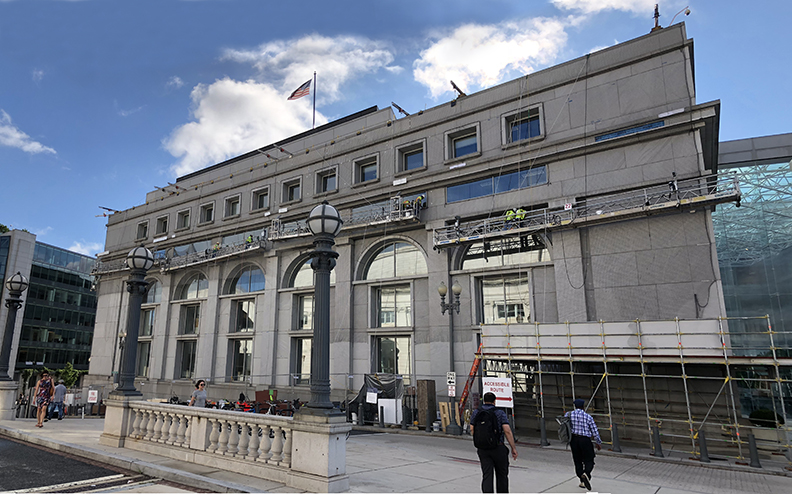 In the case of The Thurgood Marshall Building, a major concern of the Architect of the Capitol was that the netting and any associated attachment hardware or ropes be as inconspicuous as possible. This is a common request which is made for all Pucuda’s façade containment projects involving historic structures. In this situation our 30K netting was specified in the color “Justice Gray”, so that it would match the color of the underlying stone as closely as possible.