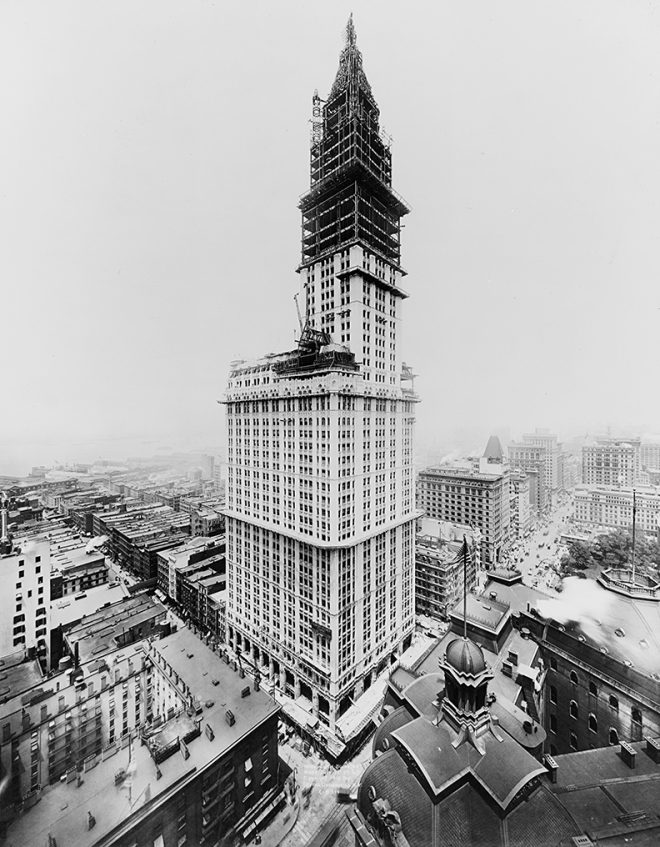 From the time its construction was finalized in 1912, The Woolworth Building in New York City remained the tallest building in the world until 1930, when construction of the Chrysler Building and the Bank of Manhattan Trust Building (40 Wall Street) was completed.

As America’s architectural landmarks age, they face rehabilitation programs which involve tight deadlines and safety plans which need to be quickly implemented. Façade containment netting is a proven solution for situations where façade stabilization is required while a repair plan is carried out. Having recently entered its second century as one of the great marvels of 20th century architecture and construction, The Woolworth Building is once again undergoing repairs and updates to its aging façade. 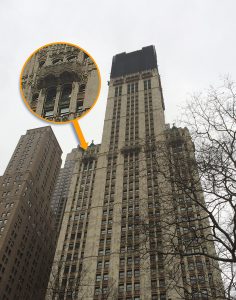 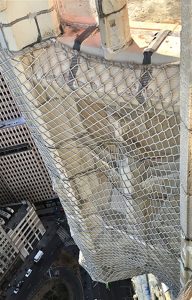 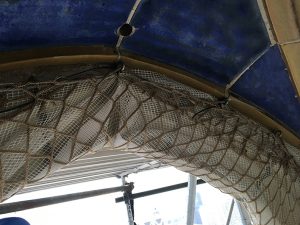 The usual requirement in a multistory masonry rehabilitation job is to protect the public and property from falling debris while repairs are being carried out. Pucuda-Leading Edge designed a façade safety netting system, which was used to secure terra cotta and cement ornamentation on balconies on the highest floors of The Woolworth Building, while replacement tiles were being fabricated and installed. The process involved a site visit by our lead engineer and a net designer to ascertain the site conditions and test fit a net template, which was then used to manufacture the custom shaped nets which were required for the project. 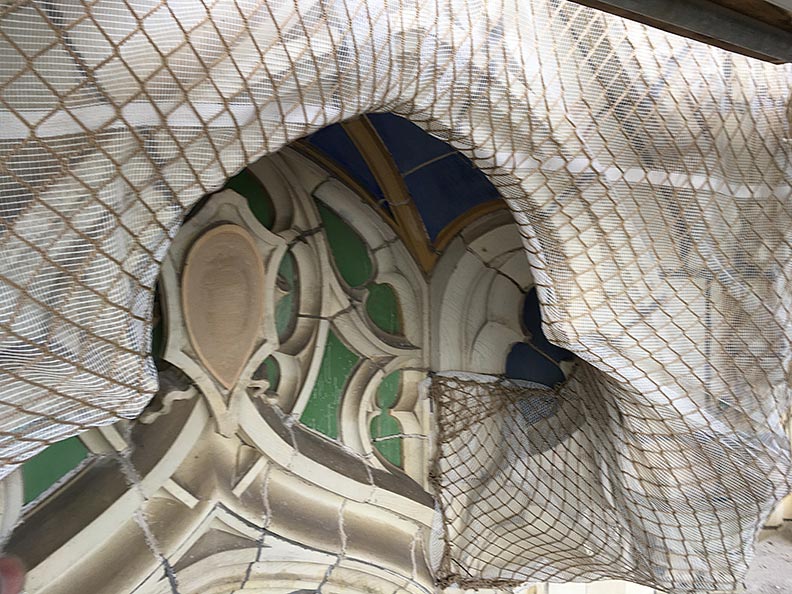 In many cases there are considerations which need to be made about using façade netting materials, which will blend visually with the surrounding masonry. It’s not uncommon to have clients who are not only concerned about color matching, but who may specify stainless steel attachment hardware to avoid any possible chemical reactions with the surrounding stone.

Pucuda-Leading Edge has a long history of providing façade protection and public safety netting for historical buildings which are undergoing renovation or repairs. Our safety netting solutions have been used on such notable structures as The FBI building, The U.S. Capitol, The New York Public Library, Grand Central Terminal in New York City and The Washington Monument. 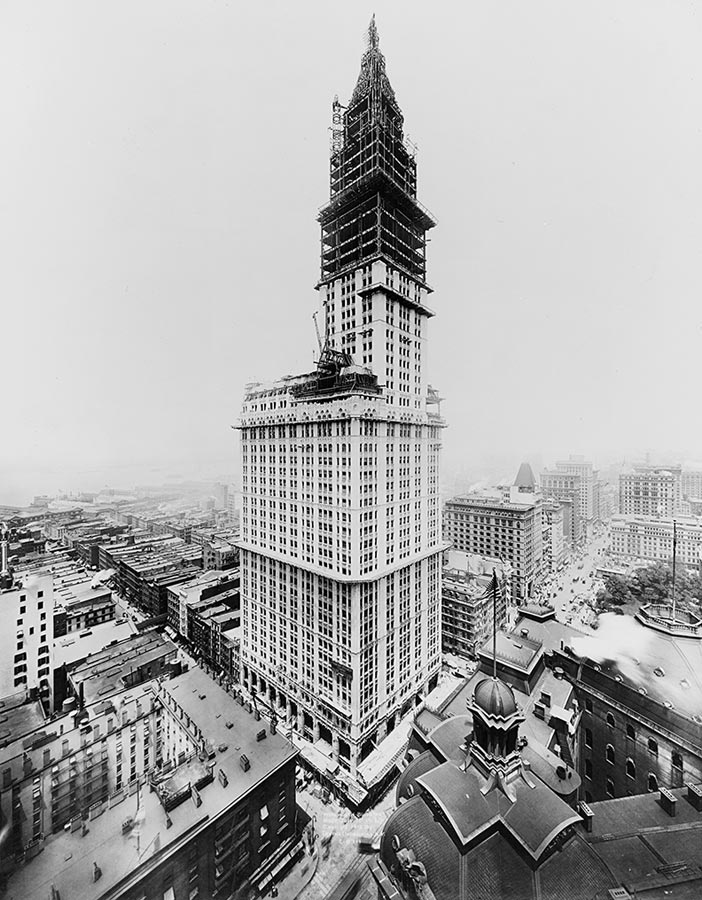 The Woolworth Building was designed by the architect Cass Gilbert, as the F. W. Woolworth Company’s new corporate headquarters on Broadway, opposite City Hall in New York City. Like other modern skyscrapers of its era, it was constructed around a steel frame and was an engineering marvel at the time: 792 feet tall, 60 floors, 15 acres of floor area, 3000 exterior windows, 24,000 tons of steel, 17 million bricks and 7,500 tons of terra cotta. Construction was completed in 1912 and the building opened on April 24, 1913. The structural steel frame was wrapped in architectural terra cotta, most of which was light cream in color with multicolored ornamentation that accentuated the gothic style of the building. The ornate lobby is one of the most spectacular of the early 20th century buildings in New York City.