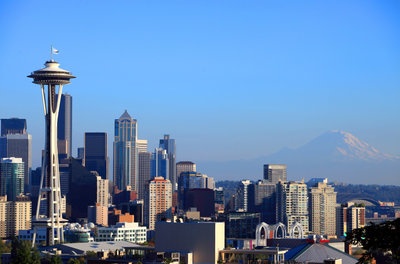 Seattle has celebrated the completion of its new Lake Washington bridge, a five year project that currently holds the title of the world’s longest floating bridge. At 7,710 feet long and twice as wide as the prior bridge, the Lake Washington bridge was kicked off with a marathon of over 13,000 runners. The new bridge is expected to significantly alleviate traffic in the area, in addition to being an impressive feat of construction.