The Empire State Building: Race to the Sky

Between the years of 1929-1931 there was a race between real estate developers in New York City to construct the world’s tallest building. In the years leading up to the Great Financial collapse which lead to The Great Depression, there was a construction frenzy in New York. During this period, three buildings in Manhattan were in competition to eclipse the height of The Woolworth Building: The Chrysler Building, 40 Wall Street and finally The Empire State Building. Built during the art deco design style of the early 20th century, all three buildings are singular monuments to that era in architectural design and construction.

Competing architects, builders and financiers were intent on achieving the distinction of erecting the tallest structure in the world. Initially the battle went back and forth between 40 Wall Street and The Chrysler Building. That struggle involved multiple redesigns and additions of floors, but both buildings were ultimately limited by the size of their initial footprints as to how high they could build. 40 Wall Street would top out at 925 feet, while the Chrysler Building was only finalized when a 125 FT spire was added to the top of The Chrysler Building: its’ final height was 1,046 FT. This hard fought rivalry to win “The Race to the Sky” was finalized when The Empire State Building achieved a roof height of 1,250 FT and a total height of 1,454 FT, including its’ antenna. 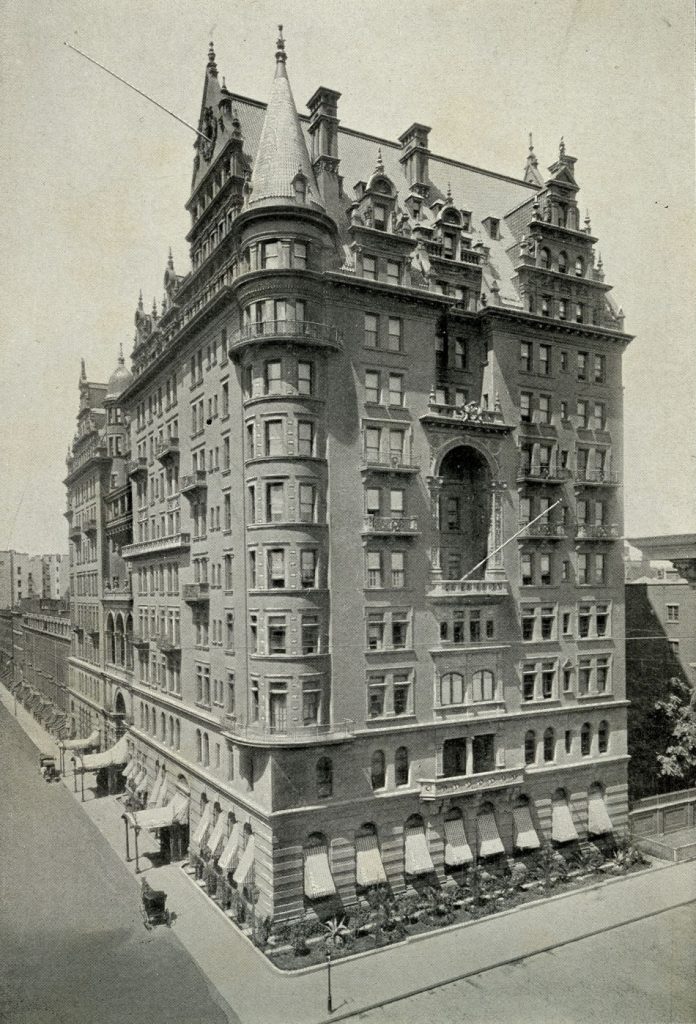 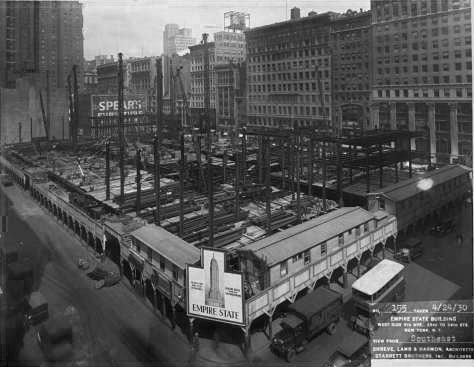 The Empire State Buildings’ location had been the site of the original Waldorf Astoria Hotel, built in 1893 by the Astor family. By the late 1920s it was perceived as outdated and the property sold to the developers of The Empire State Building in 1929. It was demolished later that same year. Construction on the new building started on March 17 of 1930. 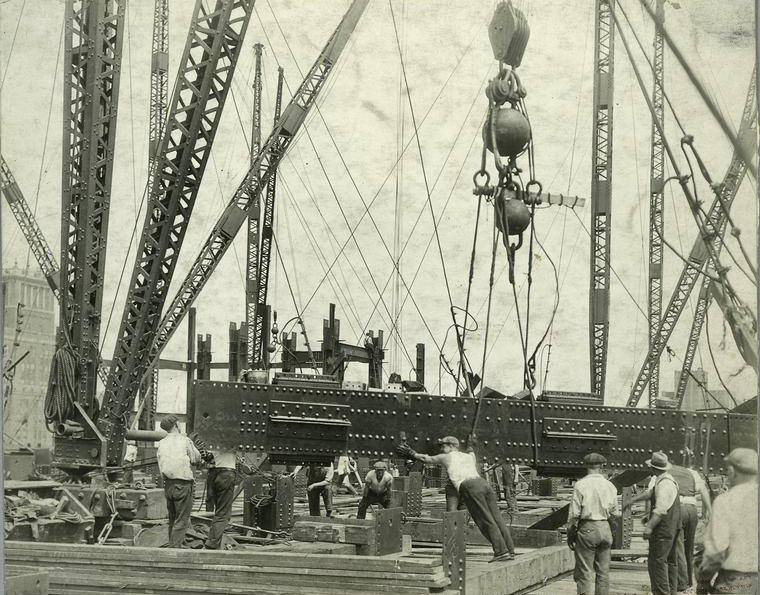 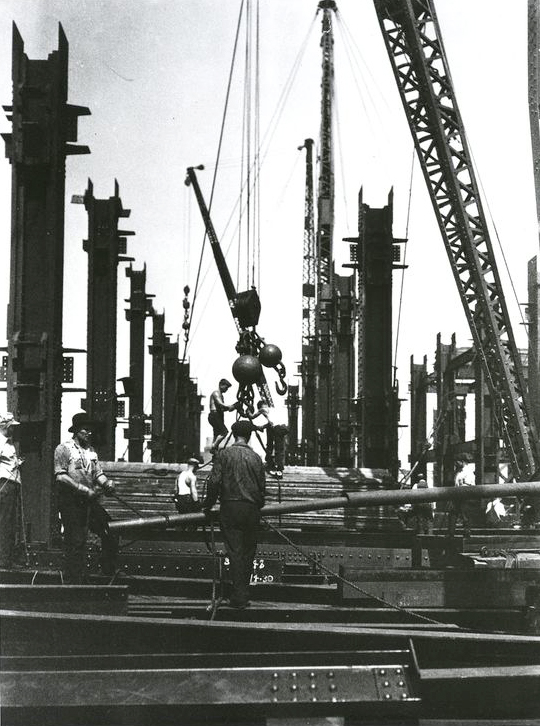 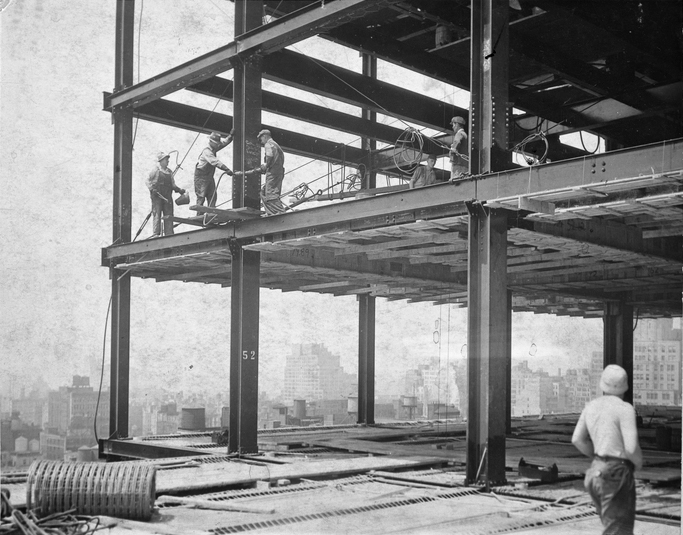 The amount of material used to construct the building was more than any previous construction project. The steel ordered for the structure exceeded the amount used in both The Chrysler Building and 40 Wall Street combined. Building materials came in from all over the country. Limestone came from a quarry in Indiana, steel from Pittsburgh, cement from upstate New York, marble from Italy, France and England, hardware from the New England states and wood from the American Northwest. 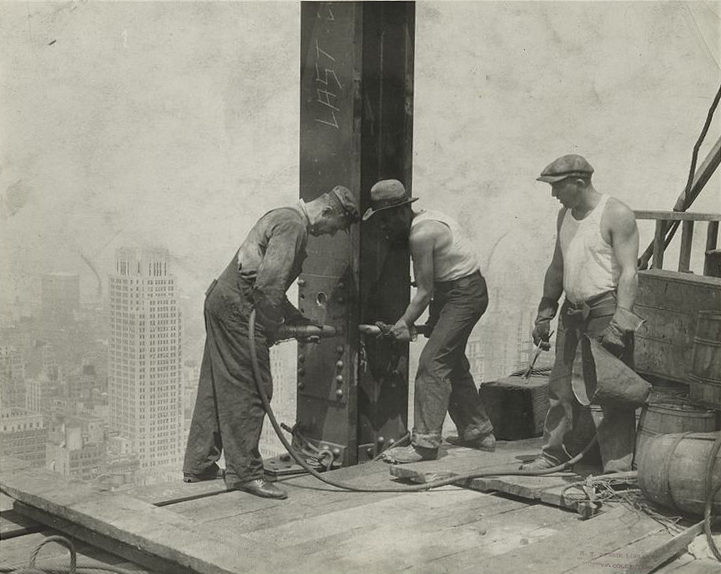 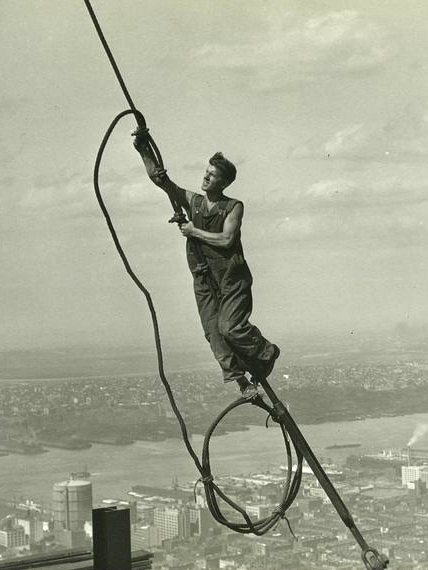 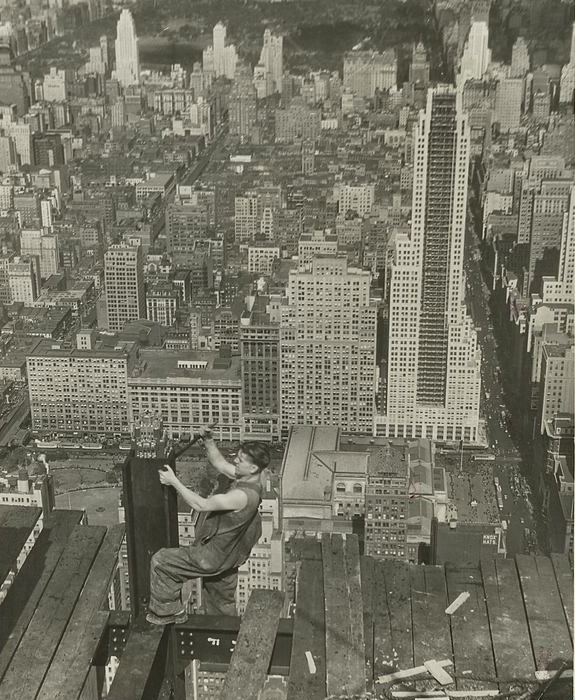 The construction manpower employed was more than 3,500 people at its highest. These laborers were immigrants from Ireland and Italy, with a sizable number of Mohawk Indians from Upstate New York and Canada. A primary focus of site management was to keep materials continually feeding construction. There were a series of cranes and derricks which lifted materials from the trucks below, while hoists and other lifts inside the structure enabled speedy movement of materials upwards. 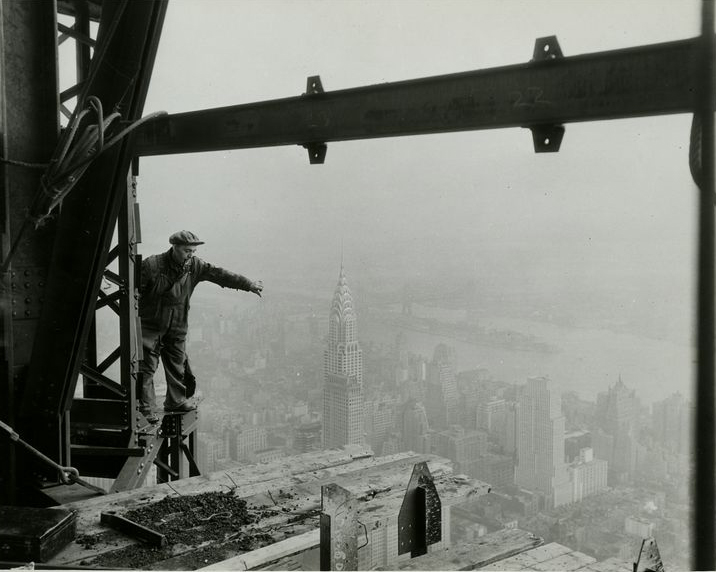 With an incredible rate of four and half floors completed each week, it outpaced the construction pace of the nearby Chrysler Building. It was completed a mere thirteen and a half months and opened on May 1, 1931. In its race to be the biggest structure ever erected, there had been several fatalities. Officially, 5 laborers died, while its’ neighbor the Chrysler building suffered no fatalities during its own construction. Including the demolition of the Waldorf-Astoria hotel, the total cost of construction was $40,948,900.00: in today’s dollars that would equal approximately $554,644,100.00. 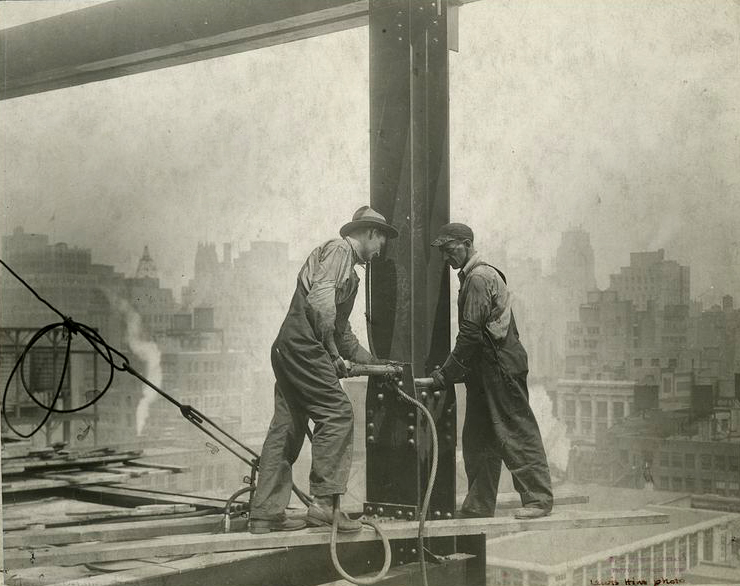 What’s important to note is that these three giant towers of the Art Deco age were built before the advent of modern safety standards and measures. There weren’t any hard hats, or perimeter safety netting systems, specified work clothes, tie-off locations or regulations to protect workers. Even though the International Union of Ironworkers fought for workers’ rights and some individual project engineers specified safety measures, it wasn’t until state and federal regulations emerged that minimum safety conditions were required on all work sites. 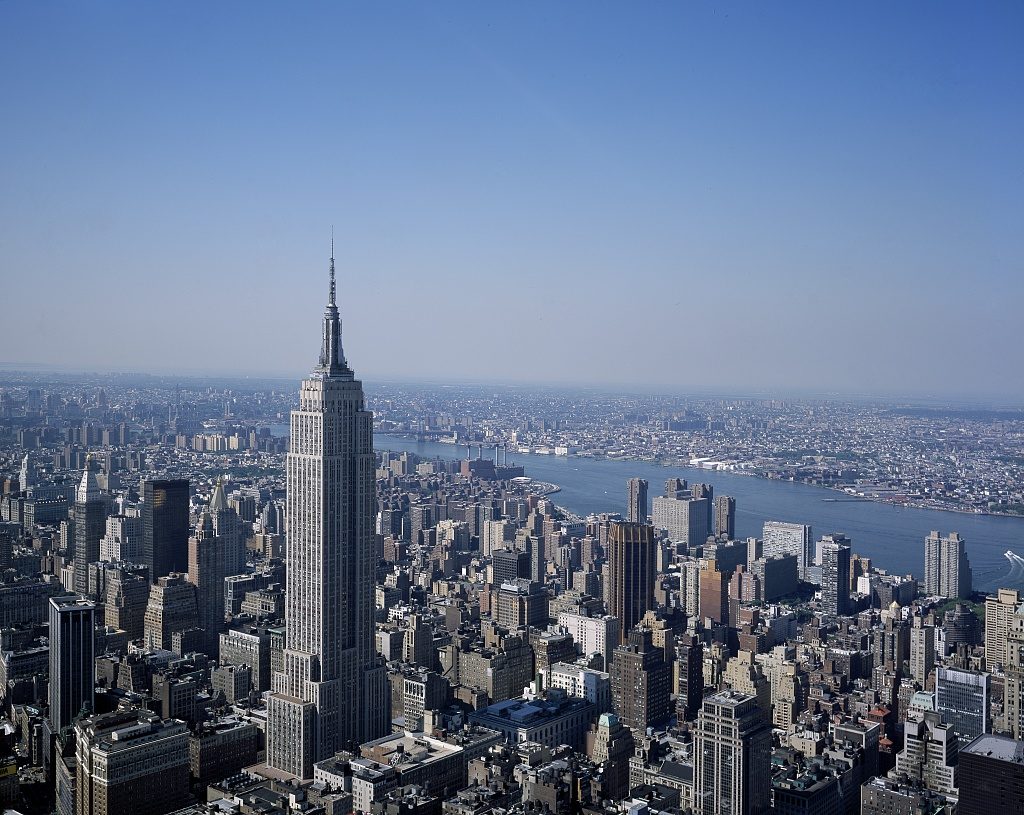 The Empire State building remained the world’s tallest building for 40 years until the North Tower of the World Trade Center surpassed it in height in 1970. After the destruction of the World Trade Center complex during the September 11th Attacks, in 2001, it briefly became the 2nd tallest building in the Americas. It is currently the 44th tallest building in the world and the 6th tallest in the Americas. As an internationally recognized symbol of New York City, it was awarded city landmark status and was designated as a National Historic Landmark in 1986. It receives 3 million visitors annually.

All B/W photos courtesy of The New York Public Library.

Pucuda Leading Edge provides safety netting for fall protection and debris containment. They provide assistance to both owners and contractors through consulting, engineering, and installation assistance.